When the Woodcrest Country Club became open to the public, I spoke with Jamie Berman, the marketing director for First Montgomery Group, who had purchased the course. The article was published in the December 2013 issue of JerseyMan. You can view the magazine article PDF here. 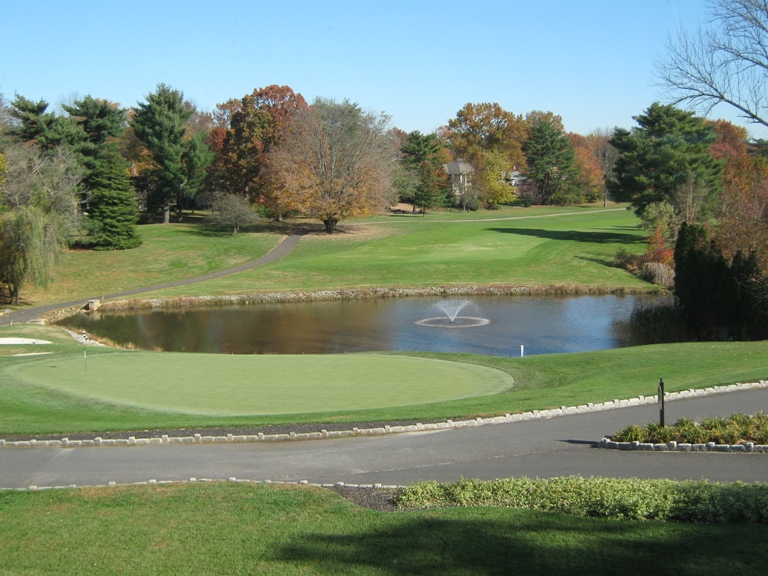 After 84 years as a private club, Woodcrest Country Club is available to the public…and building for the future.

As she shows this observer around the Woodcrest Country Club, Jamie Berman is clearly on top of the ongoing progress.

“We’re looking to make some modifications,” she says, admiring the view of the 18th hole from the shaded patio. “There’s a deck closer to the pro shop, and we’re looking to extend that around to the patio. There’s a versatile outdoor area attached to the club, and a tented patio area for summertime events. We’d like to add a small secondary event area to the ballroom.

“Just looking to make the club more event-friendly and less ‘country club staunchy’,” she says with a smile.

Berman is the marketing director for First Montgomery Group, the real estate outfit that purchased Woodcrest in May for $10.1 million. Shortly after the acquisition, the announcement was made that the private 84-year-old golf course would be made available to the public, with semi-private memberships available.

It’s been an unqualified hit so far: “People have been calling like crazy. We’ve had 35-40 messages come through in just the last few days. We brought on an additional team member just to be a membership director. It’s managed by ownership now, so if we make modifications to the club, we won’t be charging the members.

“The marketplace for golf now is very different than it used to be,” she explains. “The private country club model isn’t as relevant in this economic climate.”

As Berman points out, Woodcrest is being made over for more family-friendly and affordable outings, both on the inside and outside of the clubhouse. There’s still work to be done—like acquiring a proper liquor license—but thus far they have received great reviews from folks that have held events there.

And the golf course itself is no slouch. In the reviews on golf websites, Woodcrest is nearly always rated as “challenging”. That might be an understatement. 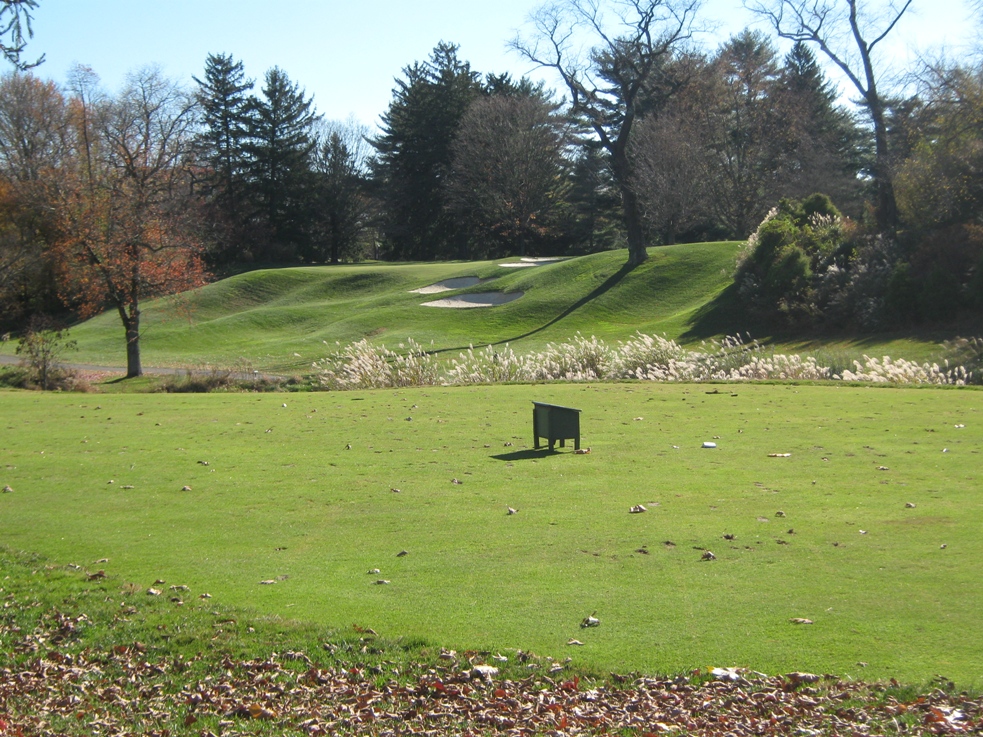 The course was designed by William Flynn, which, if you’re an avid golfer, is pretty much all you need to know. If you’re not familiar with the name, Flynn, who lived in the Depression era, was considered one of the greatest golf course architects of his day. Of the 80 courses he designed, five are listed in the Golf Digest list of the 50 best ever.

Flynn’s strength was in designing courses to fit the land they were on, which Woodcrest does, in a location that is hilly for South Jersey. Several holes on the course appear ready to punish a less than ideal tee shot with a rolling hill or a sizable bunker. A recent Courier-Post supplement about the course describes the difficulties of each hole—the tee shot must avoid a stand of white pines on Hole 8, an annoying pine tree just to get within 200 yards on Hole 14, or a sunken fairway and trees on Hole 16. If you’ve given up profanity for Lent, you might want to skip a round at Woodcrest until Easter.

“Flynn had a mantra that every hole should develop its own problem,” says Bill Torlucci, the Woodcrest golf director. “He really gave players something to deal with on every hole. The green design, the size of the greens, it’s a lot of elevation for South Jersey. Tree-lined fairways, well-bunkered, fast greens, combine all that and it makes for a very challenging course. If you shoot par or better here, you’ve played a really good round of golf.

Berman adds, “This course has been private for almost a century, so some people were finding it really difficult, because it has intricacies that private clubs have that public ones don’t necessarily. We don’t want to disrupt the challenges, but we want people to come back!” she laughs.

“But everyone thinks it’s beautiful. They’re always amazed at the beauty. We have slopes that are more defined, split greens; the bunkers are so well done they look like they’ve always been there. We were lucky; Performance Golf Management maintained the course impeccably through the bankruptcy proceedings. We were able to open it right back up in June.” 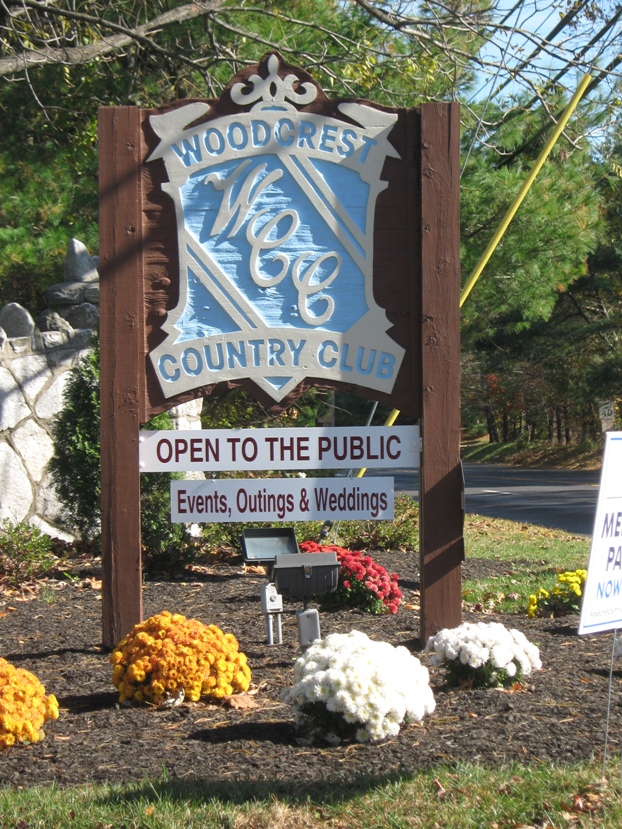 With the helpfully informative “Open To The Public” added.

Even with the enthusiasm of the new owners, First Montgomery’s acquisition of the course hasn’t been without controversy.

In October, news stories hit about the possibility of a housing development being built on the land, which included low-income housing mandated by the Cherry Hill government. It being election time, local politicians made sure they were quoted heroically taking on the big, bad real estate developer. To read the quotes, one would have thought First Montgomery’s only purpose in buying the land was to demolish a beloved, historic golf course and build a new Pottersville.

Berman, who admits to some frustration at the news reports, offers her opinion on the media firestorm. “It doesn’t look like we’re closing the club, does it?” she asks.

“I know it’s election time and there’s a lot of emotion surrounding this golf course, and I know there’s an issue in Cherry Hill with keeping open space. When they were initially looking at this land, it was always the intention to keep it an 18-hole golf course. There are two extra holes, so there is an opportunity to develop a piece of it and still maintain the golf course the way it is. I think when people hear housing and development, it has a lot of charge to it.

“I’m not gonna step over the fact that we are real estate developers; our main business has been the multi-family housing industry. I’m sure it’s an easy connection to make. But we are diversified, and like to look at purchasing aspects to enhance what we can do in a community. The owners are people with a 30-year untarnished reputation. There’s such an appreciation for these men, they’re good people and they give back a lot.” 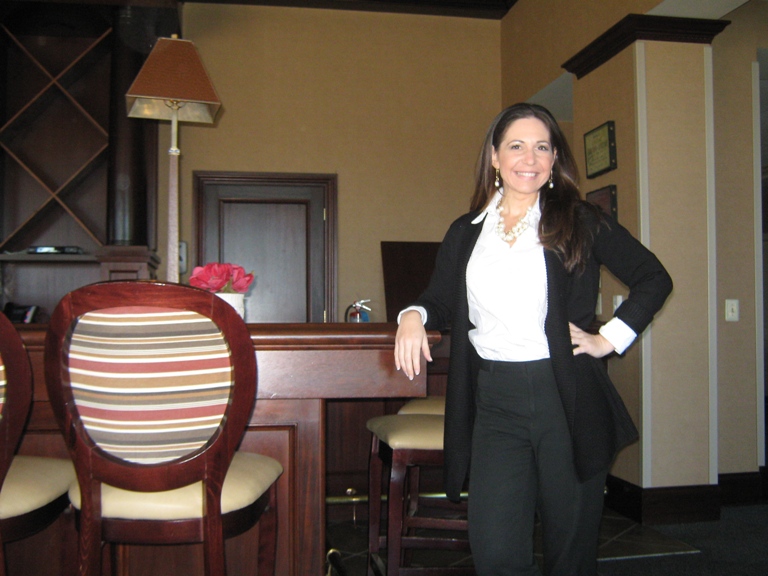 So if Berman is to be believed—and she certainly comes off more believable than any grandstanding politician you’ve ever met—this classic, William Flynn course will remain intact. And golfers no longer need to befriend a member to play a round on one of the most picturesque and challenging golf courses in South Jersey.

In addition to making a superb golf outing available to everyone, First Montgomery’s focus is to make Woodcrest more family-friendly. Perhaps even with outdoor fire pits, for events any time of year, Berman muses. Politics aside, both Berman and Torlucci think the future looks bright for this old relic of a country club.

“I’m pleased with the hard work that the startup team put in. We’re booking weddings for 2015 already,” Berman says. “I’m just so proud that we’ve hit the ground running, and we haven’t skipped a beat regardless of what’s going on in the media. We’ve stayed the course, so to speak,” she says with a grin.

Torlucci adds, “There was a mystique about being able to play here. It was pretty restricted, now it’s semi-private. It’s really rewarding for me to be here and see so many people come through that door and that they enjoy it.

“It’s a special facility, it really is.”

And today a golfer doesn’t need friends in high places to see for himself.