For the Winter 2021 issue, JerseyMan sent me to interview Steve Friedman, a Philadelphia attorney for the Duane Morris Firm (he is since no longer with the firm). Steve is close friends with Israel Prime Minister Benjamin Netanyahu, and he told me a few stories about Bibi and his character. You can read this on the JerseyMan site here, or read the PDF from the magazine here. 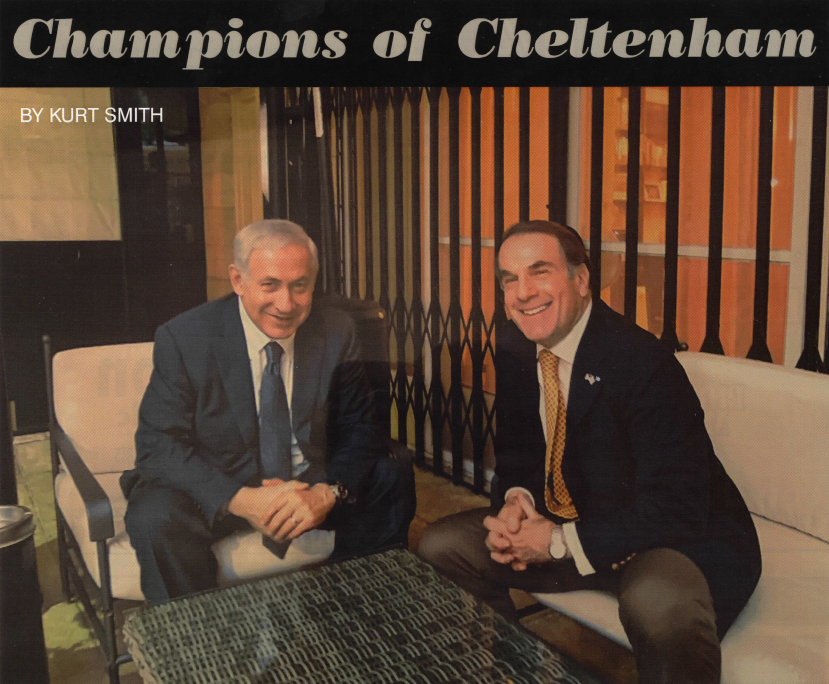 Steve Friedman is a longtime success story as a Philadelphia attorney for the Duane Morris firm. He’s also a close personal friend of the Israeli Prime Minister and fellow Cheltenham High alumni Benjamin Netanyahu. The two share a common ability: to make a difference through people skills.

On August 13, 2020, the U.A.E. acknowledged normalized relations with the state of Israel. It was momentous enough to interrupt wall-to-wall pandemic coverage.

It was also the type of event that foreign policy “experts” were claiming for decades wasn’t possible.

But Philadelphia attorney Steve Friedman knows Benjamin Netanyahu well enough to know that Bibi didn’t rise to the top of the Israeli government by listening to bureaucrats, who often manage to attain “expert” status without ever actually achieving anything.

The two have been friends since attending Cheltenham High together. Friedman understands Netanyahu’s gift for the big picture.

“One of the great skill sets and amazing record of achievement of Prime Minister Netanyahu is in international relationships, especially in Africa,” Friedman explains. “He developed a relationship with Egypt and with Jordan. But to get a relationship with the U.A.E., it’s mind-boggling. It’s just incredible.

“There was nobody in the world who said, ‘the greatest threat to the world is Iran.’ I heard that from him in 1982. Nobody was talking about that; they weren’t talking about it 20 years ago.

“He’s always understood that, and what really has driven this tremendous change in relationship between Israel and these countries…it’s essentially a mutual fear of Iran. They began to realize, Israel is not the enemy. Netanyahu is not the enemy. It’s Iran, the Ayatollahs, and their very radical views for the way life should be lived.”

Steve Friedman currently practices for the prestigious Duane Morris firm. On the company’s website, he’s listed as being a “personal and legal advisor” to Netanyahu, which he admits is a bit pretentious. He didn’t write that.

“Let’s put it this way,” he says, “We’re very close. We just talk and he’s a very smart guy, so he talks to anybody. I think he uses me because of my involvement in some things in the U.S. He’s always interested in knowing what’s going on here, and to an extent, I can help him with that.”

Friedman remembers walking with Bibi from the U.N. to the Israeli ambassador’s apartment on 85th Street. Which, incidentally, is quite a hike.

“There would be these secret service guys and state department security, and he would walk like Mr. Magoo. He ignored traffic lights, just kept walking, and I could see these guys thinking, ‘God, just don’t get killed on my watch!’” 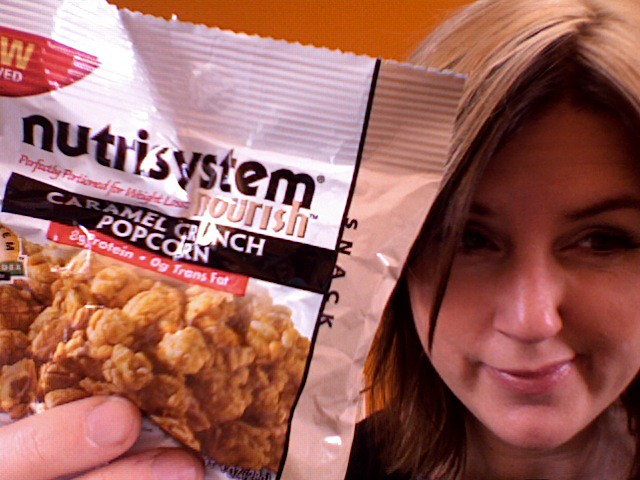 So while Friedman does, in so many words, advise Netanyahu on U.S.-Israeli relations, that probably isn’t the key selling point for hiring him.

More likely, you’d call on him to protect your company’s trade secrets.

He’s had a bit of experience doing so with high profile clients, including NutriSystem during their high-flying 1990s run. A weight loss company that enabled people to eat pancakes and still lose weight inspired quite a few copycats, including Heinz and Jenny Craig.

“Heinz owned Weight Watchers,” Friedman recalls. “It’s been years, but my best recollection is it was triggered by a relatively high ranking employee, who left NutriSystem and went to Weight Watchers. The next thing you know, we see them starting to do things that seem very similar to the unique procedures that NutriSystem had.”

A similar situation occurred with Sid and Jenny Craig, a case where Friedman successfully negotiated a large settlement.

“They originally had a relationship with NutriSystem, they then went to California, and waited for their non-compete to expire. They started a company in Australia, and then they came back to California and expanded. It was called Jenny Craig, and they started using what we thought were trade secrets to NutriSystem.

“Shea & Gould, the New York law firm, was on the other side. Very good lawyer. We went at it and pounded each other for a while and then settled the case.

“These cases start because somebody works for Company A, begins to understand the trade secrets, has a binding agreement not to disclose them, or under common law or the law of the state where they’re living, can’t disclose them anyway. Then they go to Company B, and then Company B is starting to do things that Company A did.”

Friedman has enjoyed substantial success convincing juries over the years, enough to earn multiple speaking engagements. One is titled “Selling Your Case to the Jury: How to Effectively Communicate the Technology Behind the Patent Dispute”.

“You have a story to tell, and it’s a narrative, and you hopefully have most of the facts that support it, and you have to convince the jury that your narrative is true and demands relief. It’s the essence of any good trial lawyer.” 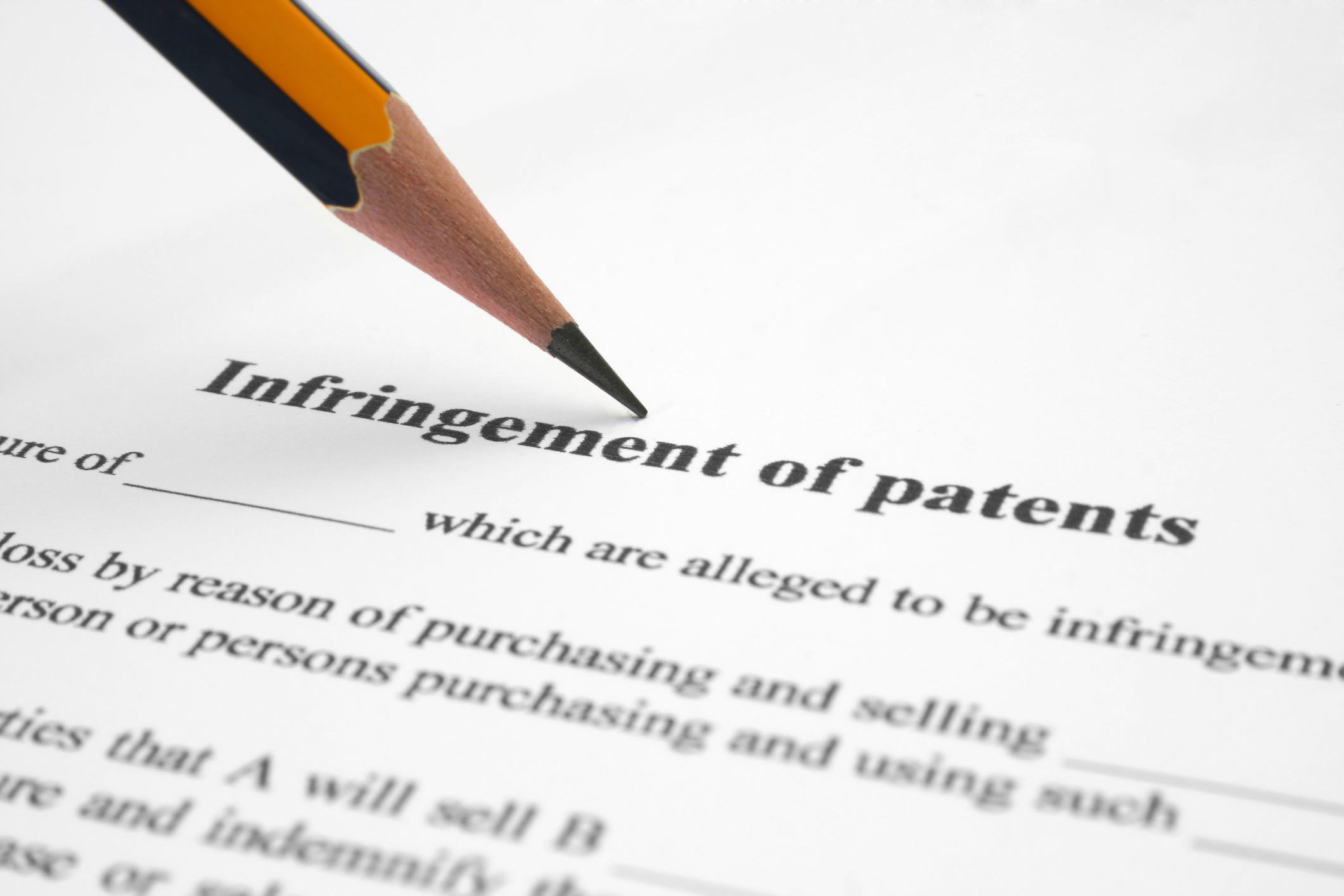 Patent infringement law isn’t a game of Mad Libs, but it never hurts when the judge likes your face.

Friedman achieved an even greater milestone representing Signature Financial Group against State Street Bank in a Federal Circuit appeals court. It was technology-based litigation in the late 1990s, as the Internet was beginning to flourish. Friedman estimates that the case had an audience approaching 500 people.

“I practiced arguments in front of panels of patent lawyers, to really pepper me with questions, to prepare me. When I walked in that courtroom, I just said, ‘we’re gonna win this.’”

The preparation turned out to be secondary in the win.

“The Chief Judge was a very senior guy in his 90s, Giles Rich,” Friedman reflects. “He had drafted the patent amendments in 1952. The opening question from Rich was, ‘Mr. Friedman, I see you’re not a patent lawyer, I find it interesting that you’re here.’

“I went on and on with some answer, and I said, ‘I know that you published the amendments to the patent laws of 1952, so I’m honored to be in your company.’

“It was just total bulls***! And he was so taken that everybody on my side said, ‘Oh my God, he had a twinkle in his eye!’ They said, that’s when you won the case.

“There was nothing dishonest, it was actually true, I was trying to play to his ego a little bit. Then about eight months later, we got the opinion and we won.”

How powerful is a personal rapport with a judge? Judge Rich’s ruling in the case was considered not only controversial, but contradicting of his own past decisions. That’s how much Rich liked Friedman. Rich’s Wikipedia page describes it thus:

“Judge Rich justified his conclusion on the basis that the business method exception to patentability was abolished by the 1952 Patent Act. However, this line of reasoning is contradicted by Judge Rich himself, among others. He had earlier stated, in a law review article written not long after the passage of the Patent Act, that Section 101 of the Act denied patent protection to business methods, observing that the diaper service, ‘one of the greatest inventions of our times,’ was patent-ineligible because it was a business method.”

To simplify all of that, maybe flattery really does get you everywhere in a courtroom. Including out on the lecture circuit, where Friedman spent several years as a result of the ruling. 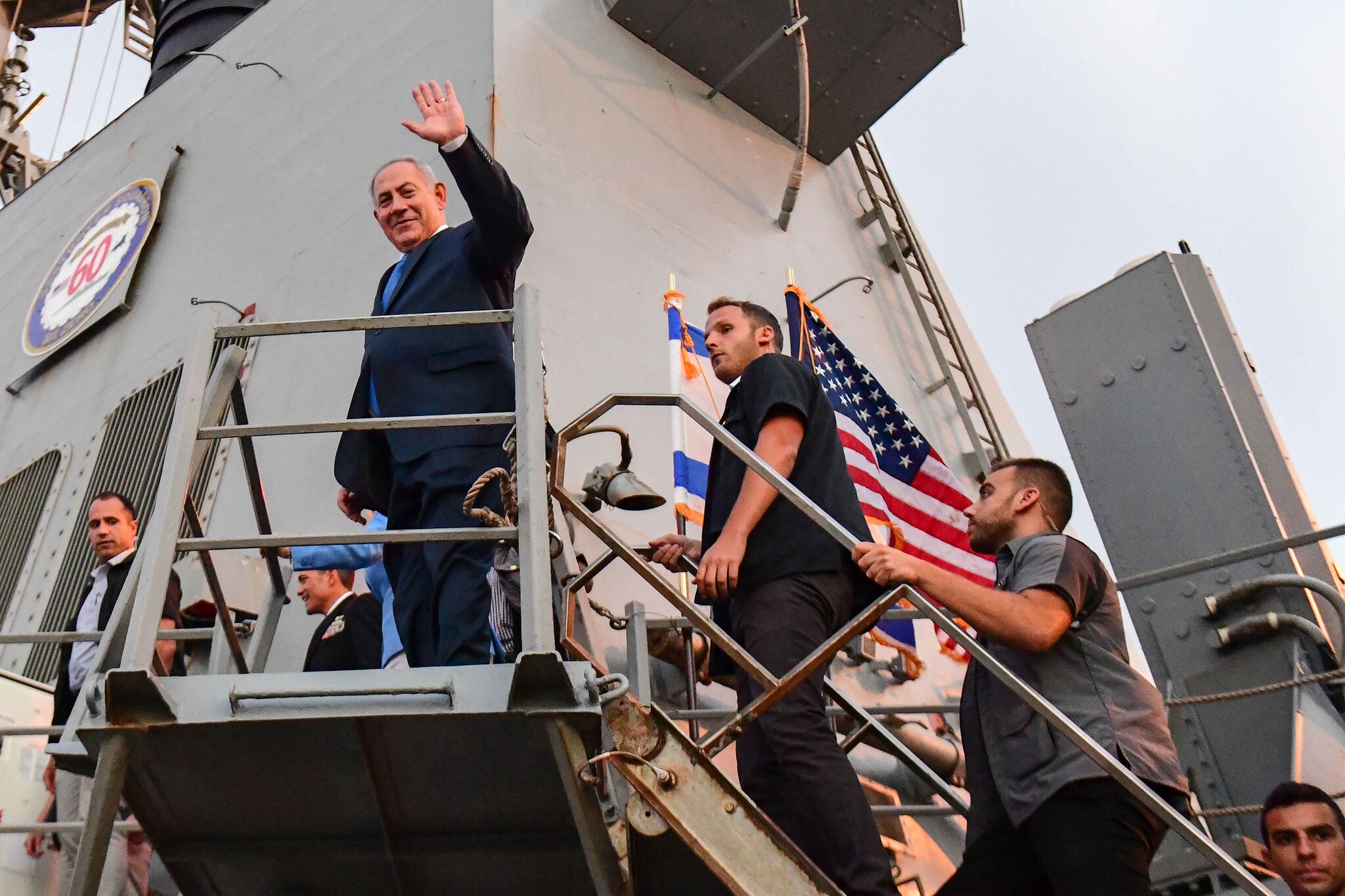 Friedman has too many personal and professional stories to fit into the 1,300 words JerseyMan gives writers.

He may not have Netanyahu’s track record for public relations. Not many humans do. But like his Prime Minister friend, Friedman understands the value of storytelling and people skills, and the difference it can make.

During this interview, he even invited this writer to visit the memorial for Netanyahu’s brother with him. Yonatan Netanyahu was killed in Operation Entebbe in 1976; Friedman and Benjamin dedicated the memorial in 1982.

“Being a good trial lawyer…or being a good lawyer, period…about 98% of it is people skills, the ability to deal with people, understand people, and get them to work with you. And that’s true of life in general.

Hope you’ve enjoyed this article about a long respected attorney…

If you did, I would really appreciate your support. 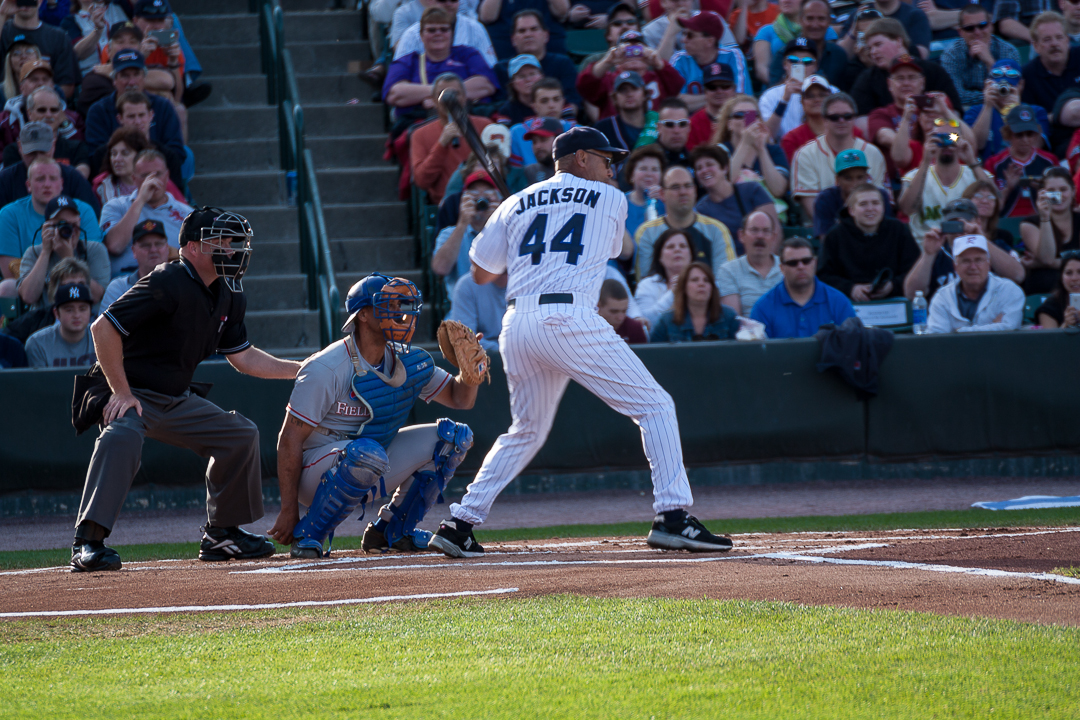 Like with Steve Friedman, football turned out not to be Reggie’s thing.

The Hits That Made Me A Lawyer

Remember, as comedian Gary Gulman says, how football coaches used to refer to players incurring concussions from nasty hits: “He got his bell rung”?

As a high school and college football player…who shared a backfield at Cheltenham High with none other than “Mr. October” Reggie Jackson…Steve Friedman had his bell rung a few times. It ultimately ended his football career, which he thinks was probably a good thing.

“I had one concussion in high school, as a sophomore, I must have got hit in the head. I got up and I started walking down the field. They grabbed me and put me on the bench. I’m fully conscious, but I have no idea who I am, and then as the game is still going, I started to figure it out. That was the first one, and then the other two were sophomore year. Football was my life from the age of four until about 20, and then I was done.”

He learned in his freshman year at Yale that football has a way of talking you out of playing it.

“When I was a freshman, we would scrimmage against the varsity. The senior fullback was Chuck Mercein. You run at each other pretty hard, and I had pumped up to about 208, 210, Mercein was about 235, and running into him was like running into the edge of a steel building.

“Three years later, when I was a junior, I watched him in the first two Super Bowls, as a running back for the Green Bay Packers, and said to myself, boy, was I over my head!

He has no regrets. “I was always very proud of it, and the good news is, I had the brain concussions, presumably I can still talk and walk. Some friends joke with you, they say Steve, you were really stupid until you got those brain concussions, and you got a lot better!”