After the passing of the greatest rock drummer that ever lived, JerseyMan allowed me to write a one-page tribute for the Spring 2020 issue. Click here to see the PDF from that issue. 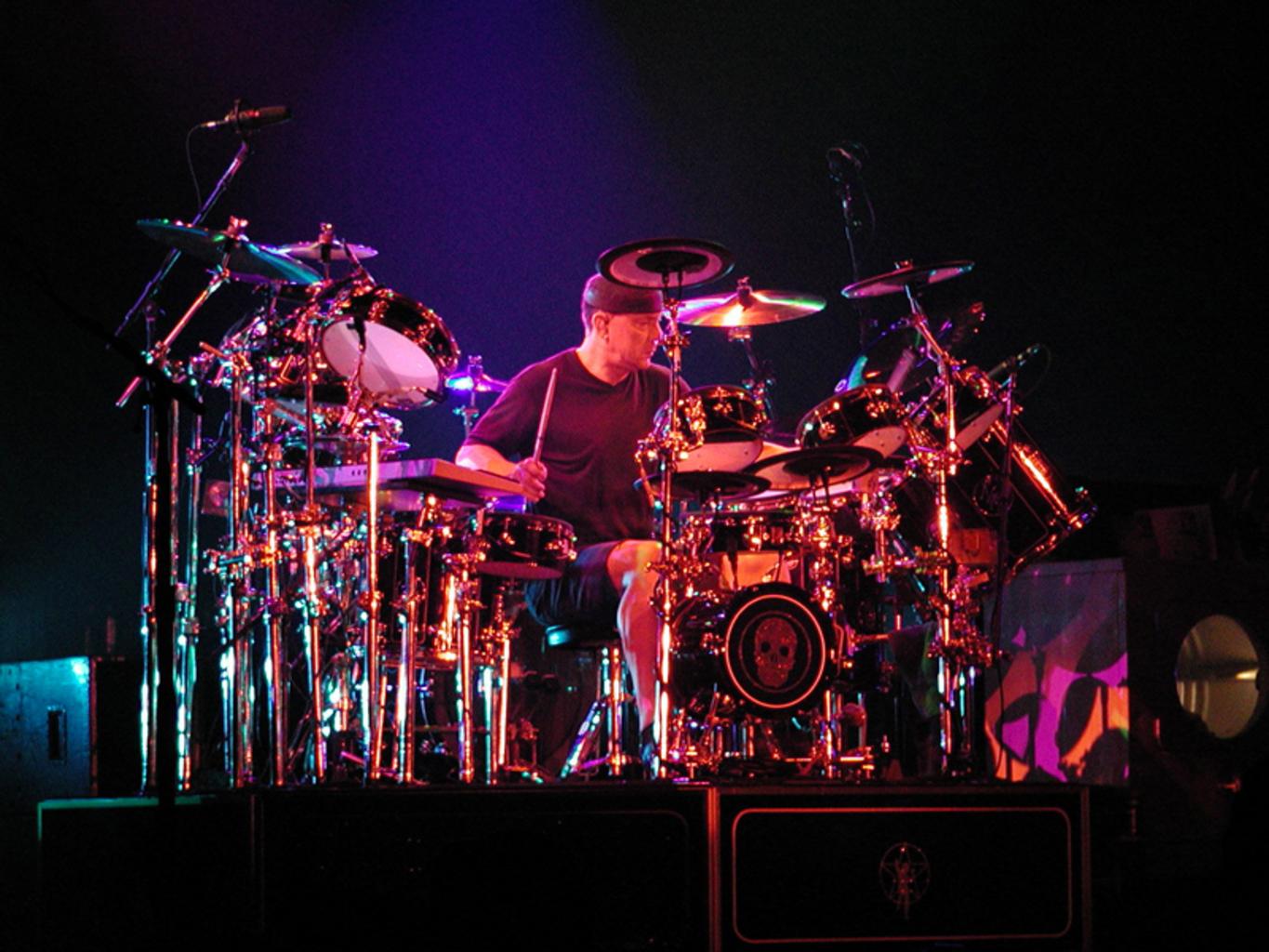 The G.O.A.T. (Photo courtesy of Wikimedia.)

I don’t know whether the middle-aged fellow next to me was as devoted a Rush fan as I was, but he’d clearly been to a show or two.

It was 2007. The musical heroes from the Great White North were on the stage in Camden, blasting through “Malignant Narcissism”, an instrumental from their latest album Snakes & Arrows.

As rock music’s most virtuoso rhythm section took turns filling spaces on the bass guitar and drum kit, my neighbor turned to me, his face lighting up, and knowingly informed me:

I knew he was right. When Rush played a funky instrumental in the last third of a show, the next item on the menu would be an utterly mind-blowing exhibit of percussion.

Geddy Lee may be the best bass guitar player of his generation. Alex Lifeson could shred on a guitar with the best of them. Yet even sharing a stage with two rock music heavyweights, the Rush concert was about Neil Peart.

He was the one driving the music, measuring the pulse of it, bringing it with the most solid backbone his bandmates could ask for, regardless of the complexity of the time signature, despite constantly tearing into manically furious fills. Throughout the show, “The Professor” would execute ridiculously complicated drum parts to absolute microscopic perfection, so accurately that hundreds of air drummers in the audience could mimic his every move. Until the instrumental concluded and the stage became his. 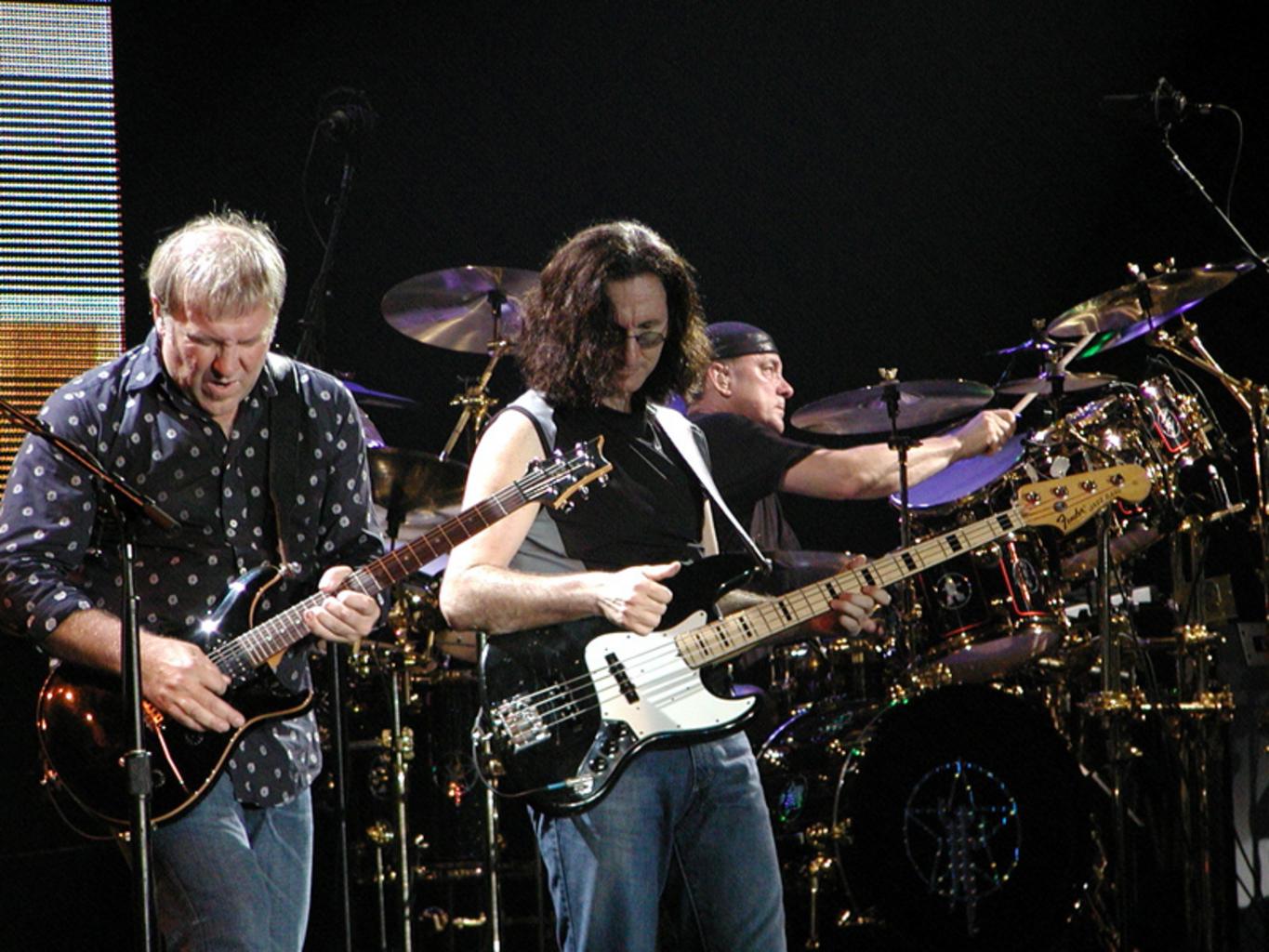 To witness a Neil Peart drum solo was to experience a moment of disbelief in human existence. He was blindingly fast, playing crossovers so quickly that you worried he might chop a limb off. He was technically brilliant, with unparalleled limb independence, thumping a steady waltz with his feet as his wrists rattled the kit in a completely different time zone. The solo even became musical…he would tap on a marimba, incorporate horn samples punctuated with blasting fills, and then conclude the percussive masterpiece providing the backup to a Buddy Rich classic.

After it was over, in the wildly appreciative audience, you would both hear individual voices mouthing four letter words, incapable of rational expression, and see heads shaking in total bewilderment.

John Bonham and Keith Moon were legendary drummers, worthy of any discussion of rock music’s greats. They were both true originals. But their legacies received an assist from the biggest legend booster in music, the untimely death. Both of them perished at just 32.

Neil Peart lived 67 years, not long enough to clear the average for a human, but long enough to produce plenty of evidence, in recorded music and live shows, that he was the G.O.A.T. Argue the point if you want, but before you attempt such a foolish endeavor, try watching “La Villa Strangiato – Drum Camera” on YouTube first.

And know there’s plenty more where that came from. If I’m carrying a phone with me, I don’t even need to speak to win the argument.

I will forever be grateful for the 23 Rush shows I saw, and the life-affirming highlight that was Neil Time. A Neil Peart drum solo alone was worth twice the price of a Rush ticket.