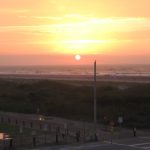 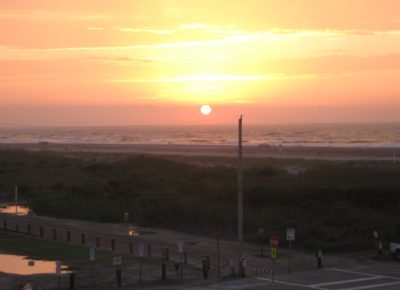 It’s never easy, especially when one is on vacation, to get out of bed early enough to see a sunrise on the beach. But some things are worth fighting sleep to witness.

I try to make a point to see at least one sunrise each time we go to Wildwood. It’s a special thing to me to walk on the white sand in near darkness to see the day begin, as difficult as it can be to pull myself from under the covers after an evening of boardwalking and ice cream.

Generally the sun emerges from the horizon somewhere between 5:30 and 6:30 AM, depending on the time of year. Before the sun comes up, the beach is quiet and often cool, possibly requiring a jacket or long pants. Gulls are plentiful in search of bird sustenance, making tiny claw prints along the wet surface near the water, occasionally speeding up their pace away from cold waves that no doubt surprise them. 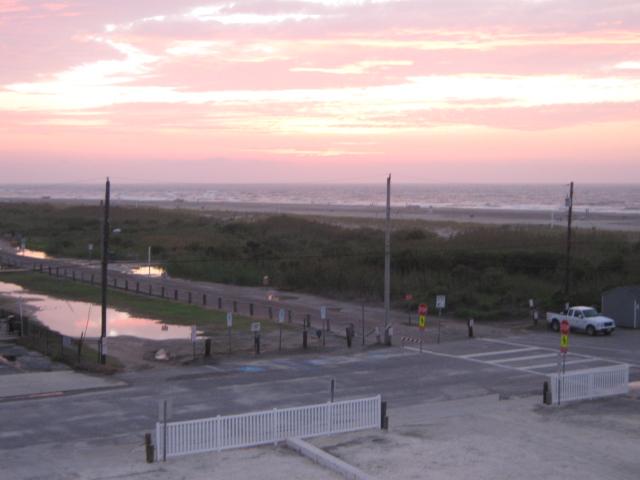 The Wildwood beach is uncharacteristically almost devoid of humans at this time of day, but it’s not quite deserted. Every square quarter mile or so of beach has one or two folks there to see the sunrise too. Joggers looking for the runner’s high without the sunburn eschew their mattresses to stomp on the walkways near the beach. It’s a good time to take a four-legged friend for a walk on nearby paths, as some do.

Often there will be a hardy fisherman, pants rolled up and feet in what must be extremely cold water. I’ve often wondered what sort of marine life they manage to hook when there aren’t legs everywhere scaring fish away. Or if maybe the fisherman doesn’t care what he catches, and that the important thing to him is just to channel his inner Hemingway. 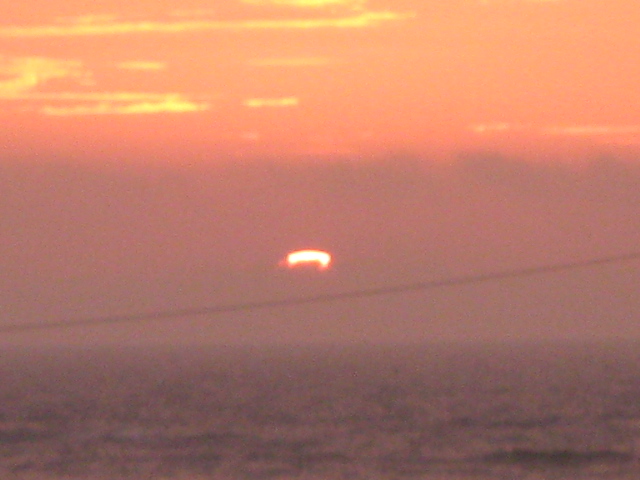 The emerging sun, with the lit clouds above it. Well worth getting out of bed.

Because of the shape of the island, the sun doesn’t appear directly in front of the beach. The island curves to the south and west, so facing the water, the sun appears on the left. Coming from the boardwalk, the farther north on the beach one goes, the better the view.

Just before God’s lamp shows itself on the horizon, you can see the day becoming gradually brighter. Even better, if there are a few clouds just above the horizon where the sun is, the bottom edges of them will be brilliantly lit, as if they were a warm-up act for the incredible show. The cloud edges become increasingly brighter, and then suddenly, the center of our solar system pops up. 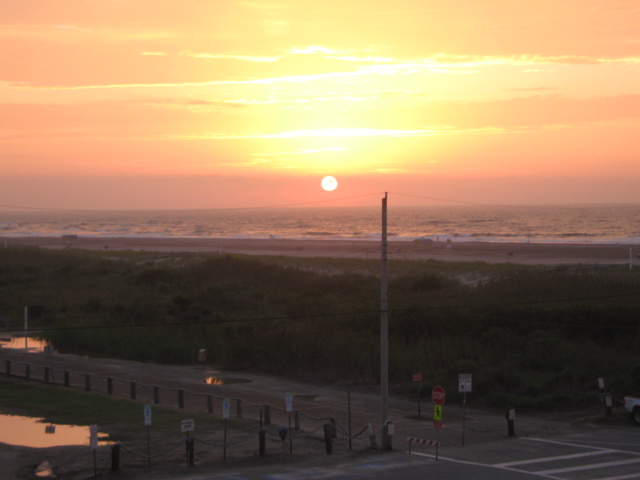 The day has begun. Make the most of it.

For the bright round fireball to be completely above the horizon and in its full glory reflecting on the water takes just seconds, in stark contrast to the sun’s apparent stillness any other time we grab a look to gauge its location.

It’s awe-inspiring and humbling at the same time, and gives one a saddening sense of how quickly this day will be a memory. But somehow, its regularity and orderliness is comforting, too, as if to say that there will always be a new day, a new opportunity, a chance to make the future better.

Wildwood is known for crowded beaches, crowded boardwalks, noisy amusements and a recorded voice repeatedly clearing the way for the iconic tram car.

Yet in the midst all of that, it provides some of its most memorable, spectacular moments in the quiet solitude of a sunrise on the beach.

Comments Off on Sunrise On The Wildwood Beach