The purple dinosaur may be popular, but is he really an accurate representation of a dinosaur? You can purchase the video here and see for yourself. 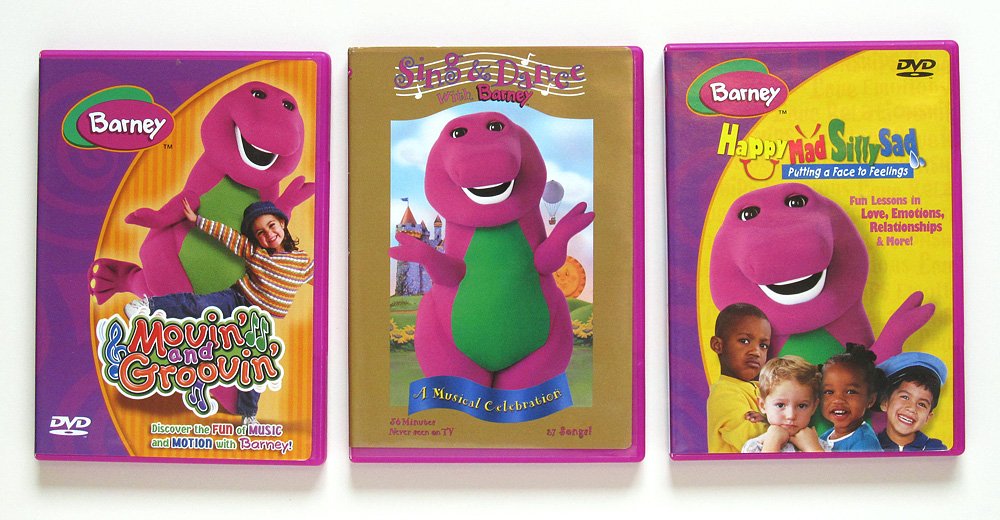 NOT An Accurate Representation Of Dinosaurs

I know many people think this Barney character is a legitimate representation of the dinosaur species that once ruled this planet. Some scientists believe that dinosaurs were benevolent creatures, which may be true, but so far no evidence has been found that they were even known to sing, let alone repeatedly chant a tune that can only be described as a patently goofy theme celebrating universal love.

Also no representations of dinosaurs generated from fossils have ever shown them to have this dinosaur’s grin. Given the teeth alignment of the common dinosaur, for this Barney to have the permanent grin that he possesses would have made him a freak of nature, and VERY unlikely to reproduce with other dinosaurs.

And for crying out loud, dinosaurs were NOT purple. Honestly, where in the world did that come from? And there’s that voice, and the dancing and even the hopscotch ability. I could go on and on.

I just have a problem with this sort of evolutionary revisionism. The Barney people have taught a generation of kids that the once-prominent dinosaurs were friendly purple goofballs who sang “I love you” all the time. A minimal study of the dinosaur fossil records will easily show this to NOT be the case. It’s time for serious scientists to gather and take a stand here.

This review contains affiliate links. If you use the links to purchase a product, the website owner receives a commission, at no extra cost to you. Thanks for your support!

Disclaimer: the photo contained in the header of this post is NOT a photo of this product. It’s just there to make it look nice. Please don’t be confused.